As the water heats up, so does the fishing off Sydney. Here’s some advice from Simrad pro-teamers Tom and Chloe Laurence on your summer options out of Australia’s biggest city.

The days are getting longer and the cold Winter Westerly winds have been replaced with still mornings and warm afternoon North Easterly seabreezes. Summer is here and it’s our favourite time of year to be fishing out of Australia’s biggest city. 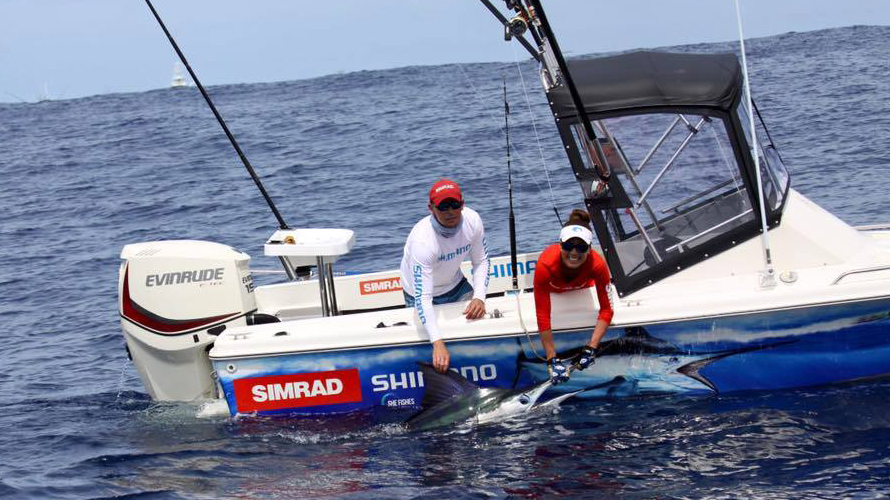 The month of December normally sees the first run of striped marlin off the Coast of Sydney as the East Australian Current begins to push warm nutrient rich water within reach of the recreational fishing fleet. Slimey mackerel and other baitfish are still quite spread out early in the season, so your best bet at tangling with a Sydney striped marlin is by trolling a spread of skirted lures to cover more ground. We’d recommend focusing your efforts on the area from 60-100 fathoms and around well-known offshore reef systems such as the Twelve Mile, Plonk Hole and Peak as well as the various Fish Aggregating Devices (FADS) off the Sydney Coast.  The GPS marks for all of these areas can be found by a simple google search. So keep an eye on the sea surface temperature charts and for reports on social media or just get out there now and make your own reports! 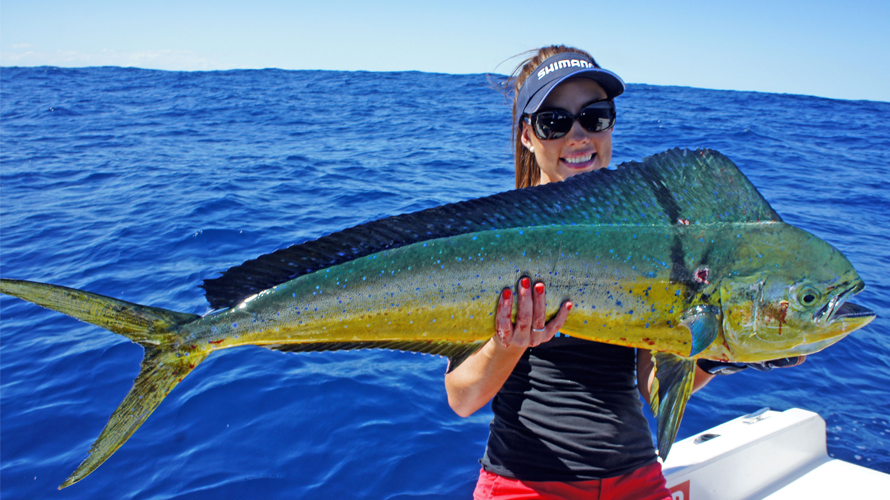 Another Sydney favourite over Summer is the mahi mahi or dolphin fish. Similar to marlin, these fast growing colourful sportsfish follow the warm waters of the East Australian Current each Summer and provide a reliable sports fishing option for boats of all sizes. Mahi mahi are often taken as bycatch when trolling skirted lures for marlin and other gamefish, however the most reliable way to specifically target them is around the various FADs off the NSW Coast. These FADs are deployed each Summer by the Department of Primary Industries and many of them are well within reach of trailer boat anglers out of Sydney. Again, a simple google search will bring up the location of all of these FADs, the closest of which is just 8.5km from Sydney Harbour. Over Summer and Autumn Mahi Mahi congregate in large numbers around these FADs and can be targeted using a variety of lures and baits. If you want to catch a trophy sized one, the best advice we can give you is to use live bait and to try and beat the crowds by being the first one out to the FAD in the morning. 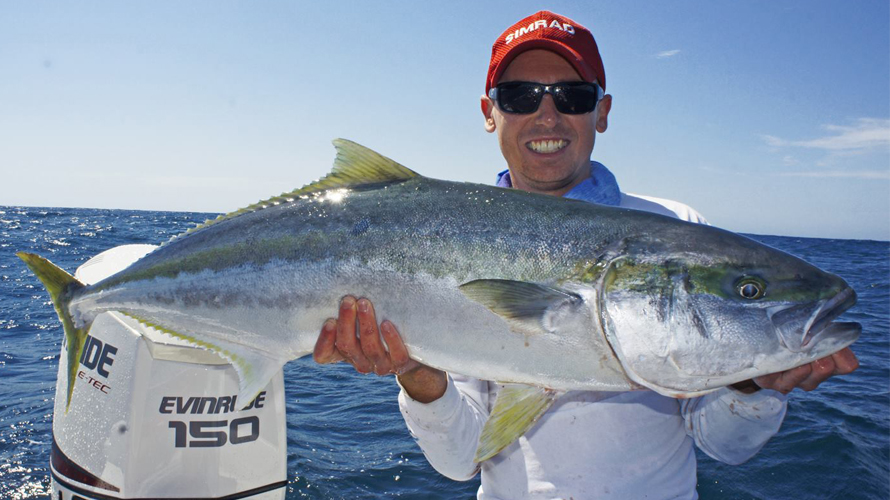 The warm Summer waters see large numbers of kingfish move in around Sydney’s inshore reefs, headlands, harbours and bays. Sydney’s kings can range in size anywhere from small ‘rat’ kingfish below the legal limit of 65cm through to monster 20kg+ specimens. Live bait is by far the most popular way to target the bigger kingfish, with live squid being a standout. On some days, the squid will be harder to catch than the kingfish, however time spent learning to catch quality live bait is certainly worth it. If bait fishing isn’t your thing, then a growing band of anglers are starting to chase kingfish on surface lures such as poppers and stick baits, with some astounding success. Kings love structure and current so if you can use your sounder to find an area that has both along with a food source then you’re in with a big chance of scoring a trophy king this Summer.