Why are VHF DSC, ATIS and SAME important and how should you make best use of them? Simrad® radio experts Kevin Soole and Leigh Armstrong explain.

Digital Selective Calling (DSC) is a means of sending digital messages via the VHF system and was originally introduced as a core part of the Global Maritime Distress Safety System (GMDSS). A built-in GPS also means that each time you transmit a DSC message, it sends your position along with basic information about the vessel that is stored in the DSC radio.

In a distress situation, this allows DSC to send key information about the nature of your distress by selecting one of the pre-set emergency responses. 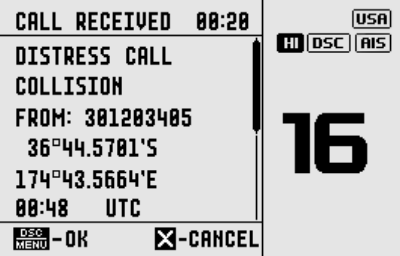 “If you are in trouble, you can press the distress button on your radio which then comes up with a menu showing a variety of distress messages that you may wish to declare. Such as - you're sinking, on fire, gone aground or even if you have been boarded,” explains Kevin. “Assuming you have time to declare the nature of your distress, selecting this can provide valuable information to the rescue services by informing them as to what kind of help or equipment may be required. Of course, if you don’t have time, the distress message will be sent as undesignated.” But DSC can also be used in everyday communications by allowing you to call up a specific vessel without making the broadcast public. In essence it is similar to using a text message on a phone in advance of making a voice call.

“Whether it be for an emergency distress call or for everyday use, every boat needs to have a registration number to use DSC - a Mobile Maritime Safety Information number or MMSI as it is better known. This is like a marine telephone number in that is a unique number assigned to you,” explains Kevin. “Once your MMSI is entered into the radio, any time you use any of the DSC functions your MMSI number is transmitted with it. 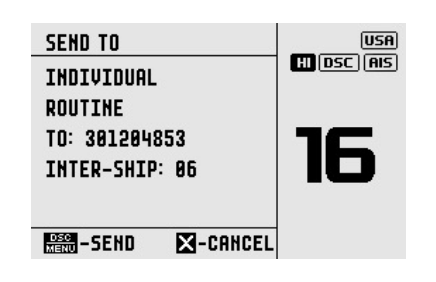 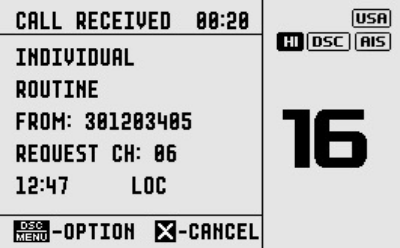 Conversely when you are receiving a DSC call you know who that message is coming from and therefore who to communicate back to.

“But it also means that you can use it for standard messaging,” he continued. “So, if you know the MMSI of a friend’s boat you can address them directly by sending a digital message from your radio to that vessel asking them to change to a specific VHF channel that you want to talk on.”

Another handy function is one that is specific to Navico radios and is called ‘Track Your Buddy’ which allows you to automatically transmit your position to a select group of up to five friends, as Leigh explains.

“You could be out fishing with friends and you have found a really good spot that you don’t want to broadcast over the standard VHF frequencies where it would be open for everyone to hear. In this situation you could use the Track Your Buddy function to automatically transmit each of your locations in the group to each other. This would then show up as little icons on your multifunction display so you can see where everybody is.”

Another advantage of the DSC systems is the auto change function. “If you select auto change, the radio will automatically change to the channel that has been selected by the person that is transmitting,” says Kevin. “So, if I was sending you a DSC text saying, ‘let’s have a chat and talk on Channel 67’, I could put 67 into that message and if you accept the text, your radio would automatically switch to Channel 67. You can then just pick up the Mic and start talking.” 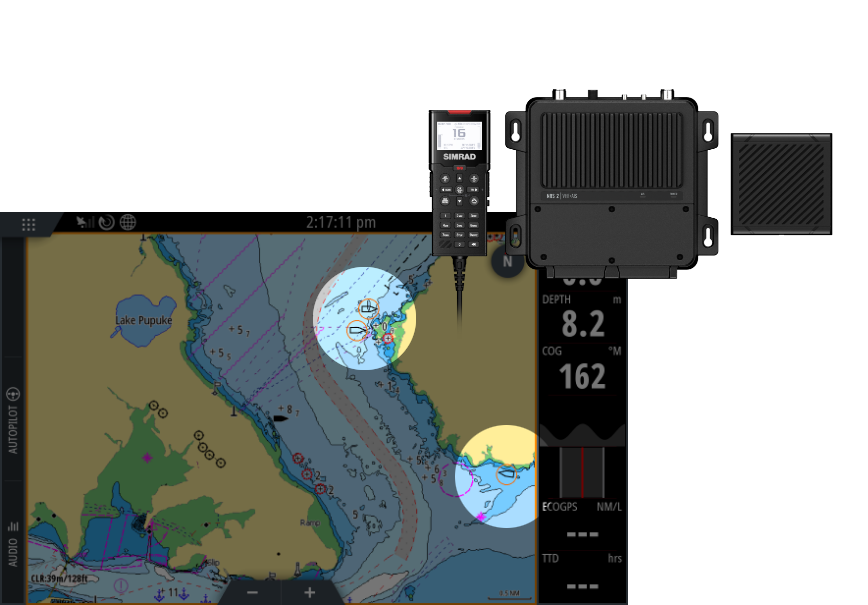 Working on a similar basis to DSC, the Automatic Transmitter Identification System (ATIS) sends a digital message with information about a particular vessel every time a radio transmission is made but there are two key differences with DSC. The first is that this is a system that is used and mandated on navigable inland waterways in Europe.

The second is that unlike DSC that uses Channel 70 for it’s transmissions, the ATIS digital signal is transmitted on the same VHF channel as the voice transmission. “When you are making an audio transmission on your radio, the moment you release your PTT [Press To Talk button] it transmits your ATIS number digitally,” says Kevin. “You might hear that sometimes on other radios if they have ATIS tuned on by mistake. When they finish talking, you will hear a little screech instead of the normal PTT squelch close off. It’s actually a digital burst after each time they release the PTT and that digital burst is their ATIS ID number.”

The DSC and ATIS systems operate independently of each other and cannot be enabled at the same time. On many radios it is possible to toggle the ATIS function on or off, but when ATIS is active, the DSC function is automatically deactivated. It is also important to remember that MMSI and ATIS numbers are issued by local authorities and registered to a given vessel. They cannot be reset or changed by the user. Only authorized technicians can do this. If you need your number reset or changed, you must contact your dealer or service agent.

For VHF users based in the USA, the Specific Area Message Encoding (S.A.M.E) system is another type of digital warning system that can be enabled on some Simrad and B&G radios.

“The system was designed to be able to broadcast safety messages to VHF users,” said Kevin. “There is a long list of possible alerts for land and sea based emergencies from a blizzard warning to hurricane and high wind warnings to nuclear alerts and child abductions, so the list is pretty varied.”

The bottom line is that modern VHF radios are sophisticated communication tools and while they have been designed to be highly versatile and capable of being operated around the globe, that in itself can sometimes raise issues when it comes to operating them legally. For this reason each VHF radio manual is an important document to have to hand as it will not only describe all of the functions that are available, but will list all the VHF channels for various territories as well as the information services such as SAME.